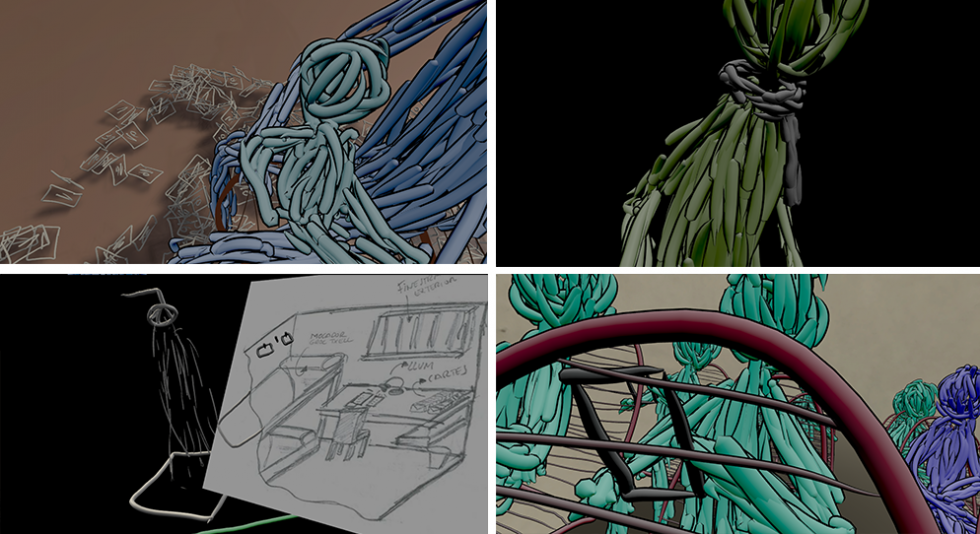 In Pieces VR is the first instance of In Pieces. Sketches of a Dystopian Present, an on-going project that aims at exploring new storytelling forms to address current political crises. This first instance is an experimental Virtual Reality-based documentary about the personal experience of being a political prisoner, or a direct relative of one, based on the case of the Catalan activists and politicians. It explores the voices of Jordi Cuixart, an activist who spent 2 years in pre-trial detention, and now has been sentenced to 9 years in prison, his partner Txell Bonet, and Anna Forn, daughter of a former cabinet minister, also imprisoned since late 2017 and sentenced to 11 years.

In Pieces VR is a 10/12 minute experience that presents a concentric narrative. There is a starting space with four navigation options, each taking the visitor to one of four different scenes. After each one, the visitor will be taken back to the start, but the corresponding navigation device (a plinth that the user has to knock down) will have disappeared, thus forcing her to choose a new option. Only after the four scenes have been viewed, the visitor will be taken to a final space that shows contextual information and credits. 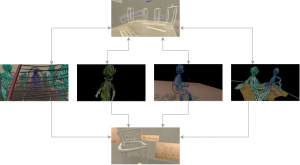 The experience creates a heavily abstracted series of spaces with wire-frame(ish) virtual sculptures that become animations and interactive elements through which the user can move around, while listening to very personal accounts of the documented case: a walk on the prison yard, a train ride to Madrid, or the awkwardness of one of the firsts family visits. 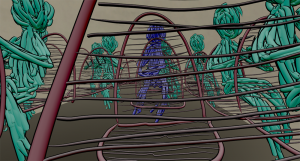 In Pieces VR looks at a local example of a global phenomenon: political prison and, more generally, political repression. It aims at the global audience, particularly with the approach based on abstraction and micronarrative. It is a strategy that, intentionally, leaves plenty of room to the imagination of the viewer, thus affording her to make her own connections with the personal and political context. The working hypothesis here is that this will create a very different emotional experience than that we can achieve through seeing a documentary on a specific, but after all alien, case. 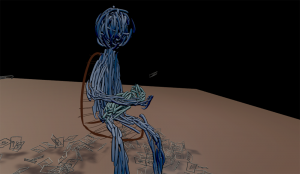 This is how the portrayed characters in the documentary acquire their meaning, as a hybrid between a specific case and whatever the viewer projects to it. At the same time, In Pieces VR is an interesting example of how a VR artwork that is so far from realism can create an intense sense of place and, according to several visitors, a very powerful experience. 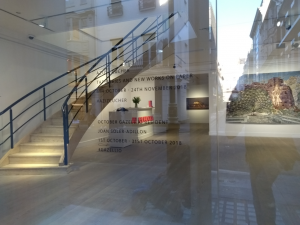 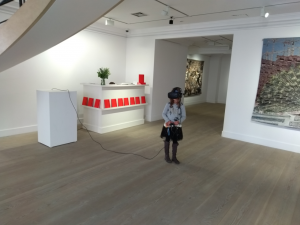 In Pieces VR was first exhibited at Gazelli Art House in London, from October 16th to October 31st.

It has later been exhibited at the following venues: 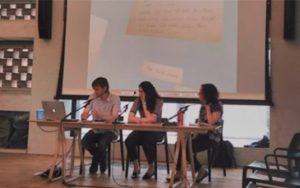 It has also been featured at the following talks and presentations: