scla@spciomvstr was a workshop on video and animation creation for High-School students, developed at Barcelona’s Espacio Movistar between may 2007 and december 2008.

During the different phases of the workshop, students produced stop clips in stop motion, photographic montage and cellphone video.

The following clip is from a youth-oriented news program from the Catalan National TV, aired in 2007 (in Catalan): 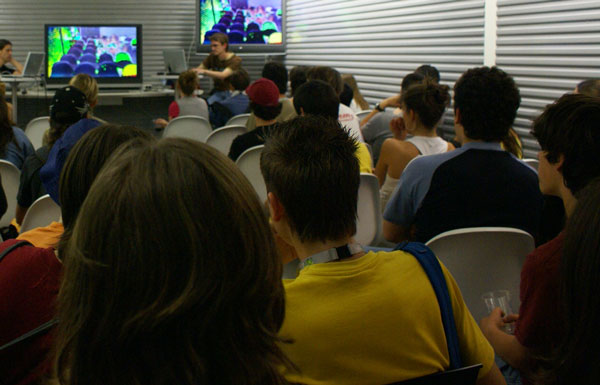 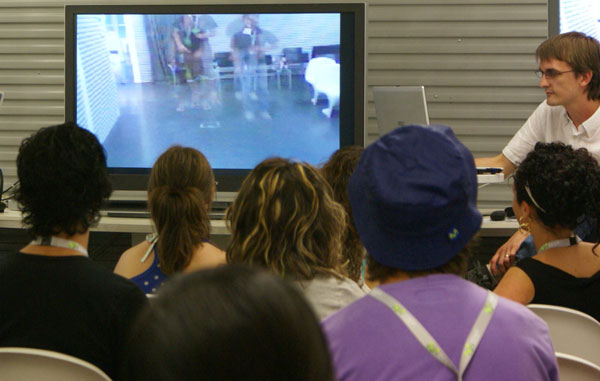 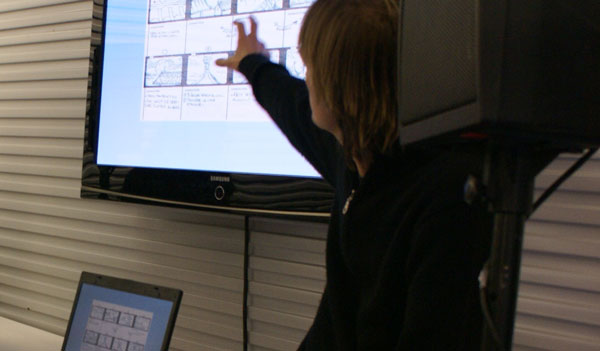 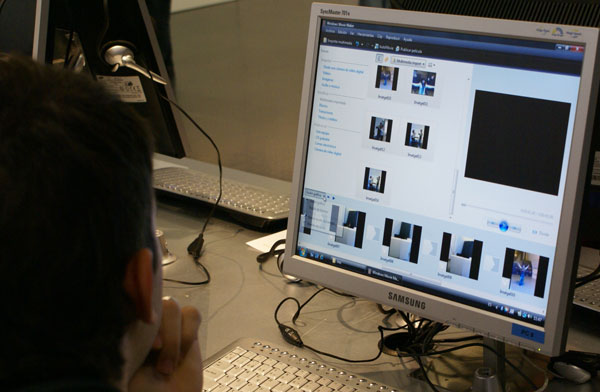 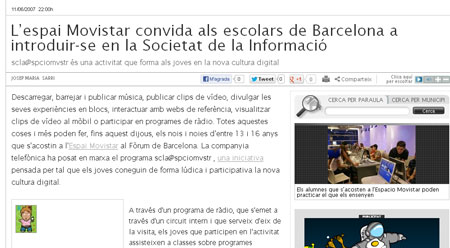